By MikeGC -  Sun Feb 09, 2020 9:28 am
-  Sun Feb 09, 2020 9:28 am #9386
Racing Club de Burnage 27 Waterloo 25
one of the best games of rugby I have seen in a long time.
Very few mistakes, very few handling errors, just a bunch of talented lads putting everything into the game for their Club.
We were graced by the presence of Gill Burns MBE, President of Lancashire (and former President of Waterloo) and we enjoyed a very jolly evening with Gill and a good number of Loo alickadoos

A good win for Kendal (hopefully !)***
The game was played on the 3G and was abandoned after 65 mins due to standing water on the pitch - the first time I've come across a waterlogged pitch on 3G, but it gives you an idea about how absolutely miserable the weather was today.

*** depending on what the rule book says.
MikeGC liked this 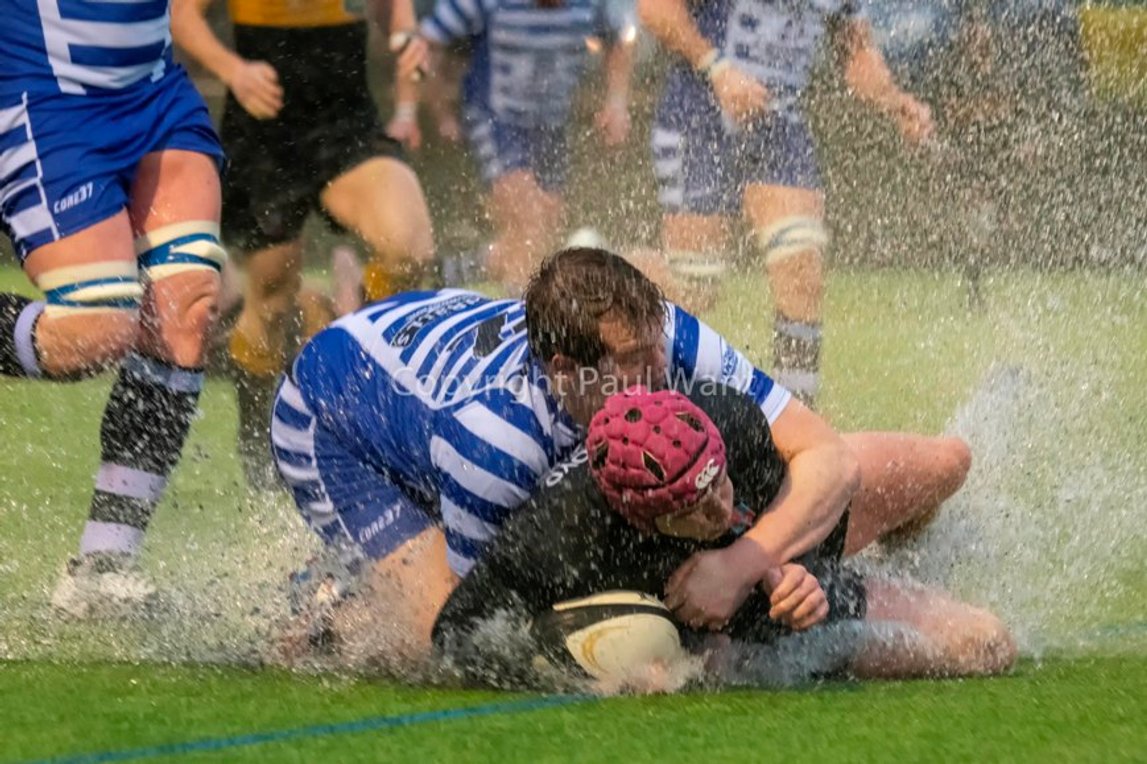 & a very generous gesture from Nigel Owens in the main article.
https://www.rugbydump.com/news/nigel-ow ... orm-dennis
iBozz liked this

Sale FC have the weekend off.
Otiose Mountebank and Charlatan. In loving Memory of Sue, aka Her Ladyship: 21st September 1947 to 29th December 2007.

By poyntonshark -  Sun Mar 01, 2020 3:17 pm
-  Sun Mar 01, 2020 3:17 pm #10328
I have been remiss in reporting on Scunny's fortunes for quite a while. Let's just say that the pattern of previous reports has not changed. Until that is, the last two weeks where the Greensleeves have travelled west to Chester and Caldy respectively. The actual results are unimportant I'll just report that Scuny contributed to games with a total points value in excess of 100 each game. Suffice to say that I don't believe a late-season promotion surge is looking very likely


League position to be confirmed when all results are in but it looks as if we shall be 12th of 16. Unless of course, my maths haven’t improved since doing the Scoreboard at Heywood Road (some “friends” never let me forget minor scoring inconsistencies

Yes, we remain 12th after all results are in.
Otiose Mountebank and Charlatan. In loving Memory of Sue, aka Her Ladyship: 21st September 1947 to 29th December 2007.

Meanwhile, as far as I can gather, Caldy aren't getting a 4th, or even a 3rd, team out. Many of the Halbro leagues look rather sad, with a good number of teams forced to cry off. Some have left the leagues comoketely. Indeed, Caldy 2s win last time out with a walk over in the highest Halbro league.

Frankly, the state of rugby isn't what it should be.
Flumpty, iBozz liked this

By DaveAitch -  Fri Mar 13, 2020 9:04 am
-  Fri Mar 13, 2020 9:04 am #11215
iBozz, It seems a strange time to play a game. I notice Neath v Cardif was also played last night. I know the players are, in the main, semi-professional but it can't be easy to get time off work at what would, I presume, be pretty short notice. Whatever, Sale are doing well enough to guarantee staying in National 1. There is a big gap, points wise, between 11th and the relegation places.

Reply   Previous Topic Next Topic
Return to “Sale Sharks”
06 May

And a third if you count the ACE team now https:[…]

I can understand Lawes going, because if Simmonds […]

I share the concern, but also kind of glad that […]